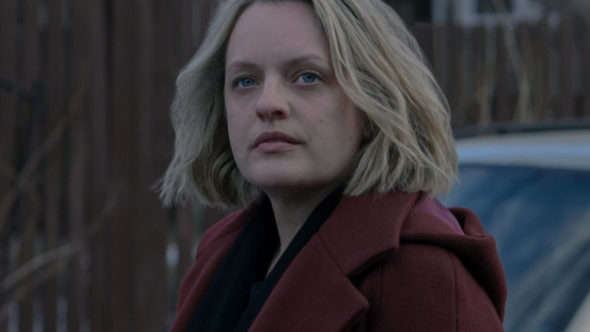 As writers start working on scripts for the fifth season of the drama, Jordan Helman, spoke about the future of the series with Deadline. He said the following about the Hulu series:

“The success of The Handmaid’s Tale remains paramount for us. That said, what is also most important to us is that we close out that show in creative fashion that feels organic so we are in constant communication, literally right now, talking with Bruce [Miller], Lizzie [Moss] and Warren [Littlefield], about what the best way to end The Handmaid’s Tale is. We haven’t landed on an answer… I imagine we’re going to be able to answer that question in the coming months.”

Atwood’s work would likely continue on the streaming service though. A novel continuing the story that began in The Handmaid’s Tale will continue in The Testaments. Helman said the following about that novel coming to the service in a new series:

“The conversation around The Testaments is tied to conversations around The Handmaid’s Tale. Margaret Atwood’s work has become an incredibly important brand signifier for us at Hulu and so what we want to do is to ensure that we introduce the world of The Testaments in a way that feels organic to the work that has already been done on the platform. The two questions are tied. The birth of The Testaments on Hulu and the eventual end of The Handmaid’s Tale are related, we’re figuring out that as we speak.”

The Handmaid’s Tale is one of the most popular series on Hulu. The fourth season contained the most-watched episodes on the streaming service, and viewership was up 32% from season three.

What do you think? Do you want The Handmaid’s Tale to continue on Hulu?