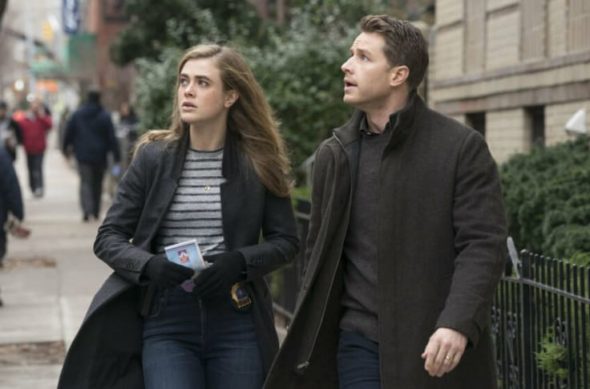 Fans of the Manifest TV series are going to get some answers. Netflix has revived the cancelled series for a fourth and final season. It’s worth noting that the show was saved on August 28th since the show revolves around passengers of Flight 828.

An action-drama series, the Manifest TV show stars Melissa Roxburgh, Josh Dallas, Athena Karkanis, J.R. Ramirez, Luna Blaise, Jack Messina, Parveen Kaur, Matt Long, and Holly Taylor. After a turbulent but routine flight, the crew and passengers of Flight 828 disembarked to find the world had aged more than five years. Their friends, families, and colleagues had given up hope of ever seeing them again. In season three, faced with the impossible, the passengers’ dreams of a second chance at life evaporated as they encountered imminent dangers surrounding them, both tangible and unexplained.

Manifest ran on NBC for three seasons and drew middling to low ratings. The peacock network pulled the plug in June and Warner Bros. TV tried to find the series a new home but those efforts were fruitless. The show’s fans refused to give up however and Manifest became a top performer for Netflix. The numbers were so good that the streamer decided to give the series another look, despite the fact that the cast’s contracts had all expired (a common roadblock when trying to revive a series).

Today, the streamer officially ordered a fourth and final season of 20 episodes. That will be the series’ largest season episode order to date but it’s unknown if Netflix will release season four in two or more parts.

According to Deadline, Dallas, Roxburgh, and Ramirez have closed deals for the final season while Kaur, Blaise, Messina, and Long are believed to be in negotiations. Long is a series regular on NBC’s drama pilot Getaway but, should that show get a series order, it’s understood that he could still return for more of Manifest.

“Since its premiere on Netflix in June, Manifest has proven very popular with our members. [Series creator] Jeff Rake and his team have crafted a beguiling mystery that has viewers around the world on the edge of their seats and believing again in second chances, and we’re thrilled that they will bring fans some closure with this final super-sized season,” said Bela Bajaria, head of globe TV, Netflix.

Rake wrote, “What started years ago as a flight of fancy deep in my imagination has evolved into the jet engine journey of a lifetime. Never in my wildest dreams could I have envisioned the worldwide outpouring of love and support for this story, its characters, and the team who work so hard to bring it all to life. That we will be able to reward the fans with the ending they deserve moves me to no end. On behalf of the cast, the crew, the writers, directors, and producers, thank you to Netflix, to Warner Bros., and of course to the fans. You did this.”

Couldn’t let a day as significant as today go uncelebrated.

Manifest will officially return for a super-sized fourth and final season, only on Netflix! pic.twitter.com/HGns7vCvhX

What do you think? Are you glad to hear that Manifest has been renewed for a fourth and final season on Netflix? Are you disappointed that there won’t be more seasons?